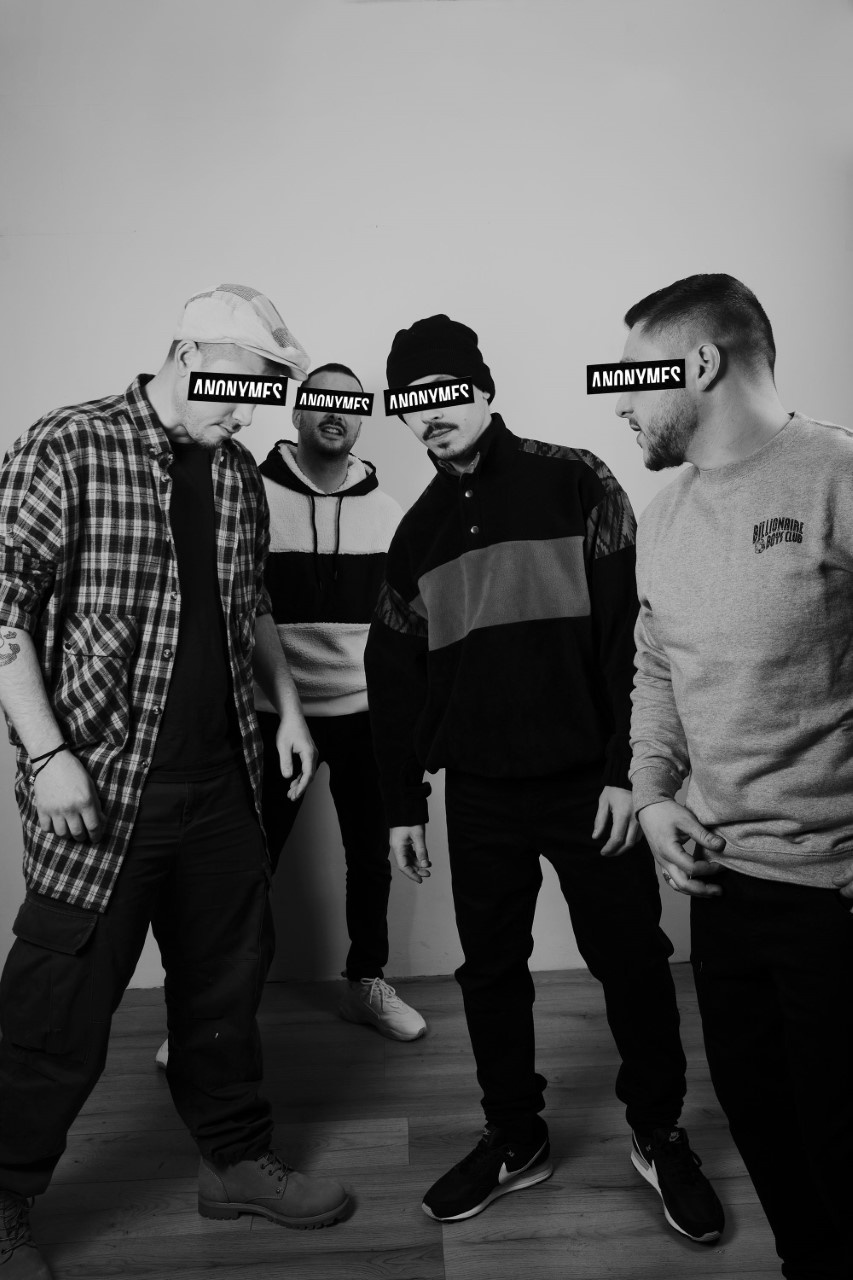 Friendship stories sometimes start very early. In the innocence of child’s play, we build a family: Marvin, Lionel, Matteo, three future MCs. If their love of rhyme begins on the school benches, rap is a precious link at a wandering age.

In the clouds of smoke, between the four walls of a neighborhood that has become too narrow for dreams, the mind escapes. On paper, we lay down the boredom that weighs down everyday life, the melancholy that breathes life, the rage of a heart that is trampled on. Encouraged by the big brothers and their old school influences, the ailments turn into flow and the idea of ​​forming a band takes root.

Its outlines emerge more clearly when Julien joins the project. DJ, he enhances, supports, emphasizes the writing of his scratches. The chemistry is total and marks a turning point in the history of the group. Another important meeting takes place in the wake, that of the public.

A fortuitous meeting, but not missed. On a whim, Marvin, Lionel, Matteo and Julien enter a competition. A springboard from which they won the semi-final without having planned.

Until a few minutes before taking the stage, the presenter does not know who to announce. Artists don’t have a name. Nameless. The Anonymous. Their identity was born that day. Their music then becomes a mirror where their souls are reflected, but you will never see their faces again. Masked, not out of modesty, but to signify that in their universe, substance will always precede form. Stage group, Les Anonyme made the heyday of the underground of Liège. Well seated on the foundations, they easily juggle with new sounds. In 2017, they released Ma signature, an EP that flirts with jazz, soul and even electro influences.

The hypnotic beats of the BPMs start the RITUAL. Can to can, whoever listens sinks into their universe. With RITUEL scheduled for April 2019, Les Anonyme offers, whether one is new or experienced, a subtle blend of shadow and light, old and new, intense lyrics and musical aesthetics that allow different degrees of reading. More mature, this new album certainly is, although it retains its authenticity and, behind it, the old school influences that nourished the band’s early years.

Each song has its own sound color. It is distilled, without deteriorating, in a harmonious whole which, more than the sum of its words, perfectly characterizes the new turning point initiated by Les Anonyme. Experienced as a real break, RITUEL was done with the same brutality, the same mystery and the same appetite as when turning a page.

To achieve this, Les Anonyms went after themselves, out of their comfort zone, off the beaten track. To get lost ? They could have, if they had not known how to surround themselves, arouse or let themselves be guided by new collaborations. In turn, the nonchalant flow of rapper Venlo, the inventiveness of beatmaker Debahia mixed with the freshness of a Mataya, the vocal sensuality of singers Kab and Lipass adorn a surprising album that invites musical reconnection. Ready to be enchanted?