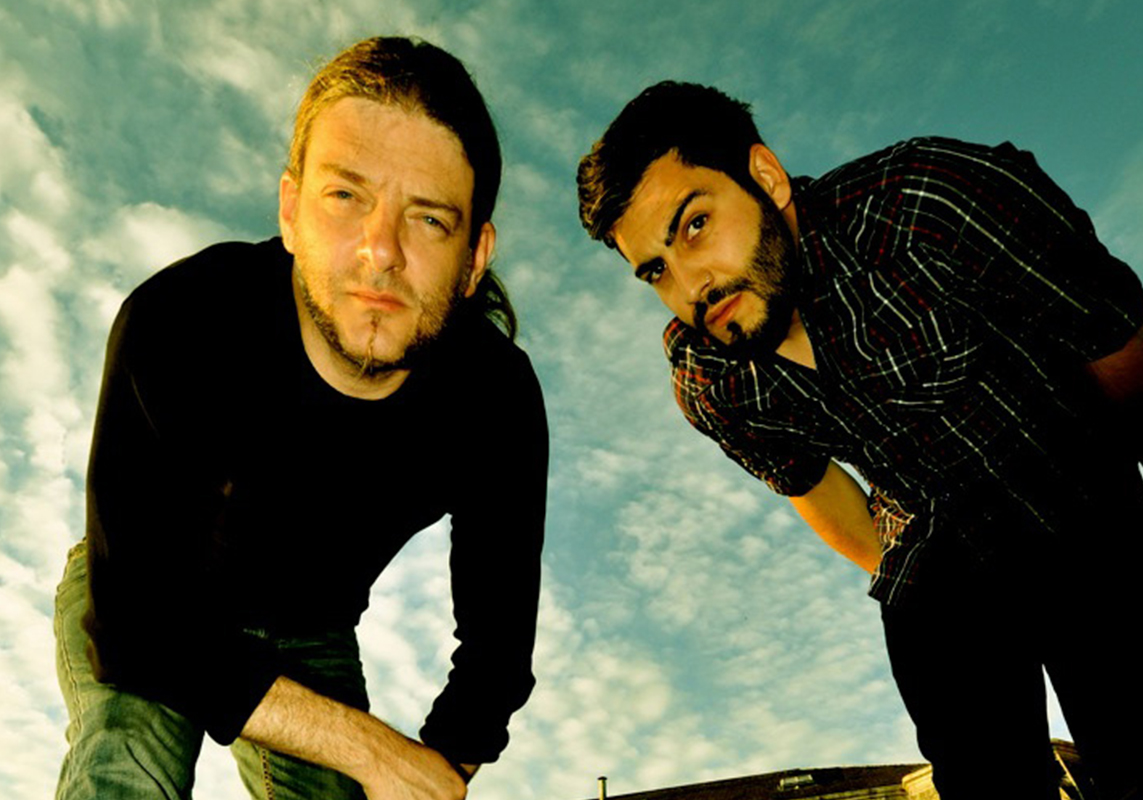 At the crossroads of intimate folk and adventurous pop, Blue Velvet was born from the musical encounter of Mirco and pH, two lovers of contrasting universes, sound experimentations and obsessing melodies. Claiming to be as diverse as My Bloody Valentine, Tom Waits or even Bauhaus, the duo also mentions a certain filiation with bands like Dead Man Ray. We are thus not surprised to hear thad Rudy Trouvé himself was in charge during the sessions of their first demo.
Seeing Blue Velvet at work is a bit like taking an unusual path that immerses you into a universe where music certainly finds its most precious power, between chaos and harmony. With each new release, this duo knows how to amaze and surround itself. From the freshness of their “electro-rockbricolo” beginnings to the roadmovie-album “Level II”, and passing through the black wink of “Santa Claus is a Joke”, there are kilometers of lost highways from which you will not come out undamaged… With the same beliefs and in a constant renewal, the next adventures of the band are being written and will soon be experienced on stage with you..
Just like a David Lynch movie…