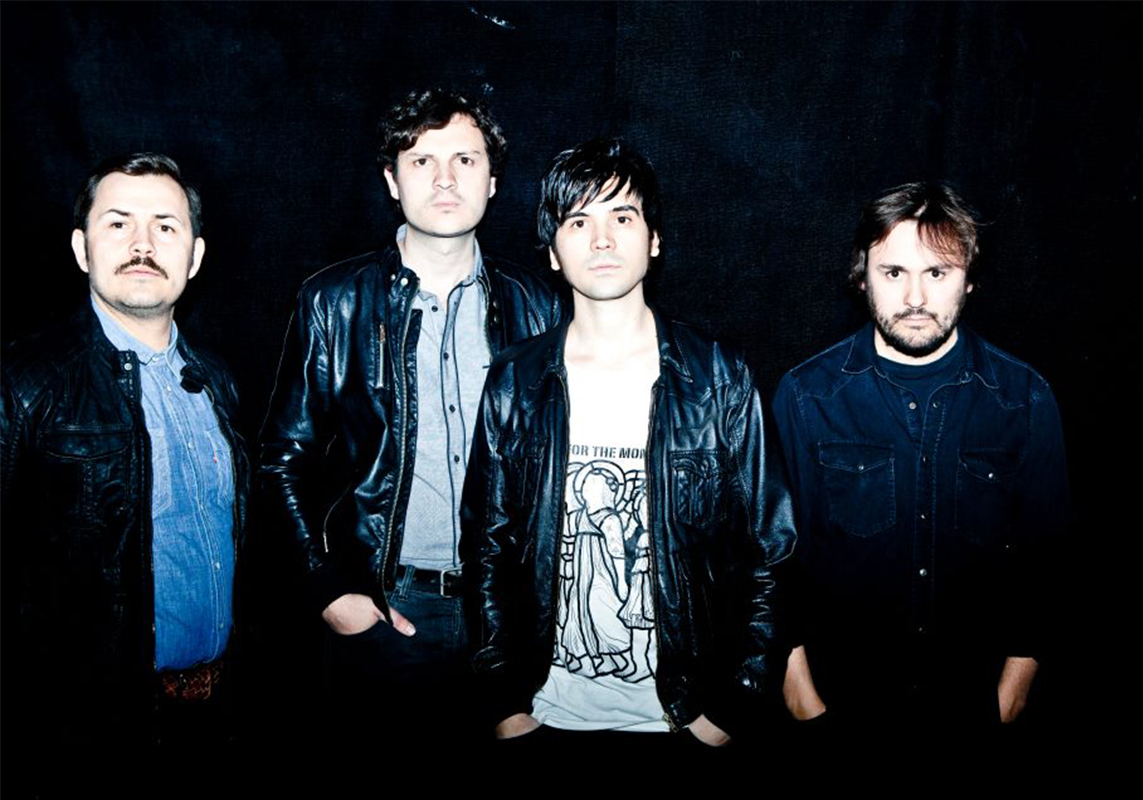 Hollywood Porn Stars was born at the end of 2002 in Liege, Belgium. Originally formed for a music contest, the band decided to carry on with the adventure after winning the first prize. They started to play a lot of gigs and released a first 6-track EP, All On The Six (Soundstation).  After more than a year of wild concerts, they released their first album, Year Of The Tiger (Naïve) in late 2004, including the singles Actarus, Money and Hollybody. They toured again and again in Belgium, France, The Netherlands, Switzerland, UK,… They played in festivals like Pukkelpop, les Vieilles Charrues, Dour, Solidays, le Paléo, Le Rock dans tous ses Etats, Eurosonic, Reeperbhan and many more.  During the following years the band shared stage with bands like Primal Scream, Kasabian, Deep Purple, Iggy Pop, Patti Smith, LCD Soundsystem, Deus and many others…  HPS started recording their second album in early 2007. They worked with Christine Verschorren in live conditions, and with John Goodmanson (Sleater-Kinney, Blood Brothers, Death Cab For Cutie, Nada Surf…) Satellites was released in August 2007. Andy was the first single, Islands followed.  The band played the new songs for the first time in Brighton (UK) at the Great Escape Festival. They played once again then at Pukkelpop Festival and started a club tour through Belgium, Germany, France, Switzerland, The Netherlands and Italy.  Since April 2008, the band has worked on the release of a bonus track EP called Besides The Satellite

After a long break to give space to their side projects (MLCD, Piano Club, Pale Grey,..) They release a new EP in 2016 called « Signs » and go back on stage for a Summer festival tour.