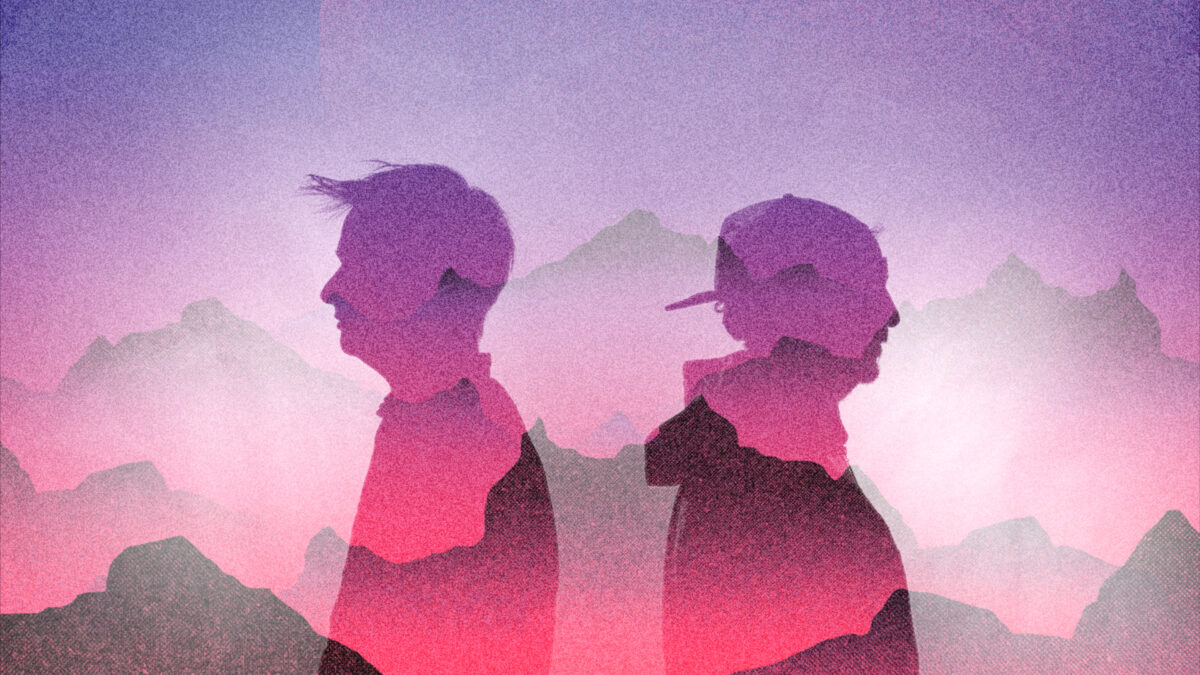 MATUYAMA is the name of the last reversal of the Earth’s magnetic field, which occurred 7000 centuries ago. It is also a new Belgian electronic duo with Jayce (synthesizer, bass, voices) and Salvio Ladelfa (synthesizer, percussions, voices).

For this project, the duo revisits their Madelaines. Was it a Juno 60 or an Odyssey? No, a Prophet! It’s the same keyboards they use today to arrange layers, some of which seem to illustrate the lasers of Jean-Michel Jarre. Are they trying to reverse his Les Chants Magnétiques? That album that lulled this duet to sleep when they were kids and their parents played their first CD’s in the car on the way home from a late night dinner.

It’s just that 2023 isn’t the ’80s. Our world is moving away from that tense yet golden era when the digital and analog poles were first observed. Two trajectories that merge as much as they repel. But as long as magnetism works, they know how to take advantage of their parallel paths.

When composing, certain pieces sounded obvious. Aria and Walk Alone. The child is finally here, and doing well. With eyes closed, it dreams, it dances.

This duet invites you on a starry journey , like the infinite sky you gaze at with your head upside down and windows tilted in a car, returning late at night from a rather conventional evening out with friends.