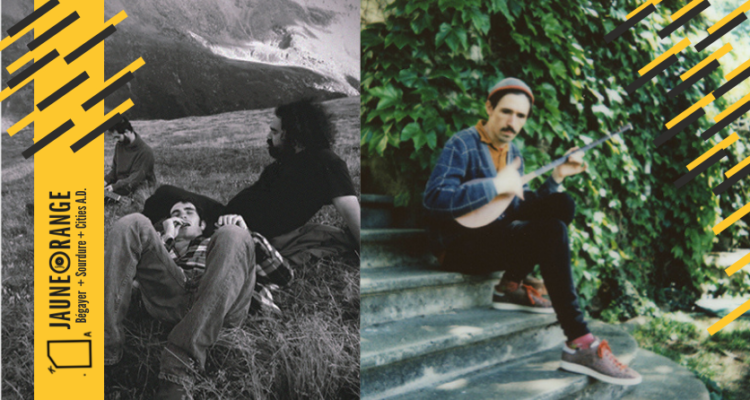 French song, noise, old and distant music, hand-made instruments, modified transistor radios and other old electronic objects, Bégayer is moving towards an open and highly improvised composition, somewhere between the bands of Nigerian bands, the post-punk pleas of New York no-wave, the insolence of the popular music of Northern Italian folk music, the ritual chants of Java monks, contemporary poetry and improvised music.

Ernest Bergez brings together electronic and acoustic instruments in a logic of hybridisation. Solo under the name Sourdure, he draws on the traditional repertoire of the Massif Central and develops a writing in French and Occitan. His approach is at the junction between a spirit of experimentation, a practice of playing and singing the violin rooted in the popular tradition, a poetic search for Franco-Occitan bilingualism and a long habit of cooking with various electronic tools.

Cities A.D. is the result of the collaboration between Sébastien Schmit (Neptunian Maximalism, K-branding, EOSTRE,…) and Phil Maggi (Ultraphallus, Iva Bedlam, Phil Maggi “Animalwrath”,…)
Their music was entirely developed by correspondence between Brussels and Liege during the year 2020. It could be described as dark and experimental pop. Some might even hear a clever mix between the Young Gods and the Rita Mitsouko, with a touch of dada music.