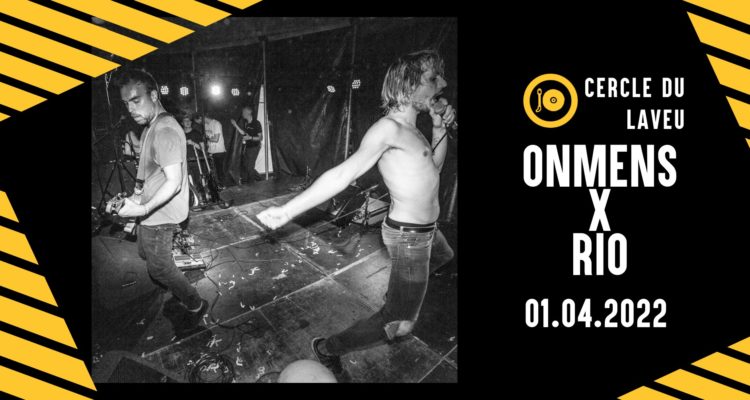 Rhythms, guitars and voices. Onmens strives to create a sound that looks forward rather than backward with influences from techno and hardcore but also noise and punk. It’s hard and aggressive, but it’s also extremely catchy. This music is made for the night, so enjoy it as it should be.

Dark and bright, naive and serious, Rio mixes opposites. A duo formed by Maxime (Pilori Prod) on vocals and Lio (Le Prince Harry, Komplikations) on machines. Rio unfolds a soundscape as disturbing as the mist and as bewitching as the song of the sirens.