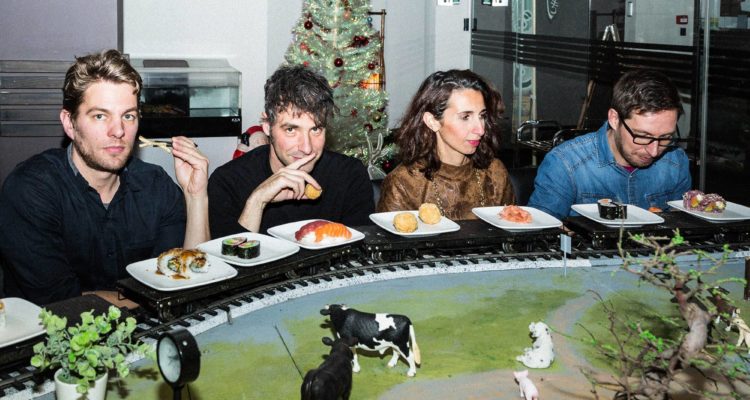 Fastlane Candies are back with “Polygene” (Freaksville), a new protean, synthetic and polyglot album! It’s time to celebrate!

After an EP (Cold Cold Cold Caribbean, 2011) and a first album (Telenovelas, 2013), Fastlane Candies released their new album POLYGENE on February 15, a creature all in synths and drum machines. To achieve this, the band have chosen to disappear from the radars while they get their hands on their roots, redevelop their lair and explore new ways of writing.

A multilingual record with cross-influences, Polygene oscillates between cold melancholy and pop exuberance. The more obvious titles, in the line of the previous singles, mix with more elaborate tracks, carrying dark and hypnotic atmospheres, on the borders of cold wave and psyche.

After having produced, with Corentin Cuvelier, a first visual, “Feast with the Wolves” all in maritime textures and mysterious fades, Illbe reinvested the scene in Liège at the beginning of 2019.
The band’s obscure compositions mix cavernous basses, ethereal synthesizer layers and jerky pulsation. A raspy voice, Spoken Word, guitars unfurl on low-pitched kickboards adorned with reverberated toms.

Urgency to be. Thirsty to arrive. Illbe is a hybrid animal. A cosmic exile.

AFTER PARTY
Divine movements, dazzling sequences, the night will be written on the dancefloor…